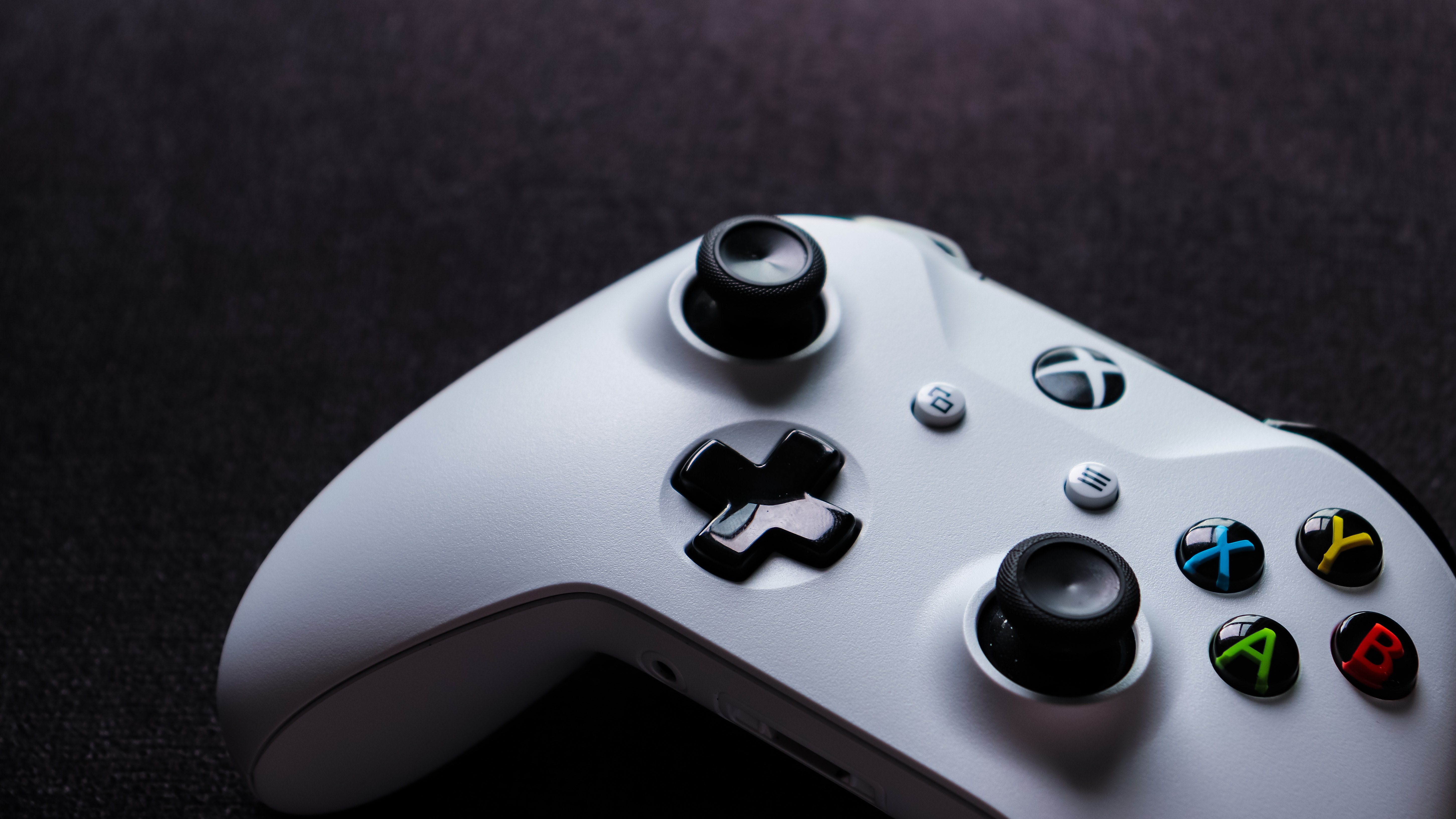 Why did ancient Israel have an army? Was it because they didn’t have faith? Did they believe in themselves instead of trusting God? Did they insist on fighting their own battles, rather than let God wage war for them?

Why did God fight for Israel in Egypt? Did they exercise faith then? Did they somehow lose their confidence in the wilderness, after having seen God’s mighty miracles? Does that make sense? They’d heard what God was going to do to Egypt from the onset, and they saw with their own eyes what God did through 10 consecutive plagues. After defeating the world’s only superpower, had God spent His energy from it?

God took on the gods of Egypt single-handedly. He didn’t want Israel’s participation lest their deliverance be misconstructed as a successful slave revolt. He took a slave people to become His Servant-Nation from him. Israel had only changed masters.

When God led Israel out of Egypt by Moses, He purposely told Moses to bypass the hot spots where Israel would encounter hostile forces, lest they opt for the “security” of Egypt (Ex. 13:17). They went out of their way to avoid war! It doesn’t sound like they were eager to do battle when you read the accounts of their griping and complaining to Moses (Ex. 14:10-12).

Moses, full of faith, encouraged the congregation to believe God. The first time Israel engaged in battle was at Moses’ command! He instructed Joshua (also faithful) to assemble a fighting force and defeat the pesky Amalekites (Ex. 17:8-16).

God had fought the first few rounds against Israel’s enemies, showing Israel He would destroy their foes. Now God would fight in and through and for Israel! Moses’ uplifted hands of blessing and authority insured Israel’s military success. It was evident to all where their true strength came from (Ps. 33:16). Israel was only a fighting instrument in God’s Hands (Isa. 41:15, Micah 4:13).

Many people understand the commandment against killing should be translated “murder.” God commands His ministers of state to execute judgment and utilize capital punishment for various offenses (Rom. 13:4). We’re told to remember Moses’ law and obey it (Malachi 4:4). God has authorized the State to act within the guidelines of His Law Book by him.

Israel wasn’t anxious to enter Canaan – they were afraid! Moses admitted they were outnumbered and outgunned by the Canaanites, but reassured Israel that GOD would be with them and grant them supernatural victory (Deut. 7:1-2, 16-24). When the spies brought their report to Moses about Canaan’s men and might, they wanted to run with their tails tucked between their legs (Numbers 13:31). Only Joshua and Caleb put things in perspective and encouraged the people to trust in God (Numbers 14:9). Israel didn’t have any faith in their own ability or God’s!

What many have failed to realize is ancient Israel wasn’t going to enter the Promised Land by faith alone; it was going to require faith and works! God wasn’t going to do all the work for them. Israel had to actively claim their inheritance. Don’t we also?

Israel lacked faith that GOD could work miracles through them! They knew God could take on their enemies, but they doubted He could work through them. They concentrated on their weakness rather than on God’s strength. God expected Israel to fight His battles from him and He would guarantee their success. Israel took one city at a time, slowly but surely making progress, subduing the land and defeating their foes, and yet giving God all the credit – like our process of conversion (Ps. 44:1-8).

Even David, a man after God’s own heart, fought numerous battles for God and His people, but considered God the Victor. David would ask God whether he should attack at this time or place, and what to do, when and how, and God answered him (1 Chron. 14:10).

Did Abraham, the father of the faithful, sin by waging war against those who had kidnapped his relatives (Gen. 14)? Melchizedek blessed him, He didn’t rebuke him! Levi and sons, following Moses’ call to arms (at God’s command), went through Israel’s camp and slaughtered those who’d sinned with the golden calf (Ex. 32:28). Did they lack faith? Do not! They were acting faithfully! They put God before family and friends. Couldn’t God have just felt a plague? And it is. But He worked through men.

Since God works through men, why didn’t Jesus let Peter defend Him? 1) Because prophecy had to be fulfilled and 2) because God’s Kingdom was n’t established yet-otherwise Jesus said His servants of him should fight! This example teaches us that loyal citizens ought to be willing to fight and defend their king and country!

Spiritually speaking, we should all understand we’re only mortal, taking up temporary residence on earth, and therefore be mindful of eternity and live accordingly, waiting for our eternal inheritance in God’s Kingdom (2 Cor. 5:1, Ps. 39: 12, 2 Pet. 3:11).

But what about “spiritual fornication?” If we exercise our right to vote and get involved in politics, isn’t that defiling ourselves with this world’s system? Only if and when it contradicts the commandments of God. We should never disobey God to follow men (Acts 5:29). We’re in this world and do take an active part in its system of government and education every time we go to work and pay taxes or send our kids to school or college! We’re only to avoid those aspects of this world’s system that are Biblically wrong (1 Jn. 2:16).

Joseph served in pharaoh’s administration. Was he spiritually defined? Daniel was in the belly of the beast – Babylon – yet he served the king and God. Whenever there arise any conflict of interest, Daniel put God first, as we must also always do. Nehemiah worked in the Persian government, yet he was also blameless before God. God even referred to Cyrus and Nebuchadnezzar as His servants of him.

God is our Heavenly King over all, that’s why we can’t allow others to try and usurp His authority over our lives. He’s our Husband and to listen to anyone else who would dare go against His Word of him is spiritual adultery and fornication. This is one of modern Israel’s biggest sins: giving in to international peer pressure rather than obey God!

Yet God isn’t our only ruler. He’s ordained that men are n’t to be left in a state of anarchy, but he ought to obey the Noachide laws binding on all mankind: to establish a system of justice, abstain from idolatry and immorality, and refrain from eating blood (Acts 15:29).

Even Christ will be King of kings and Lord of lords; He won’t be ruling alone. God’s our Minister, and Jesus Christ’s our High Priest, yet we don’t object to having human ministers also. Do we have a double standard when it comes to politics? We speak of “dirty politics.” And there is too much graft and corruption. But what about religious scandals? Perverted preachers and adulterous ministers? Does that mean we should reject the whole idea of ​​God having human servants? “Dirty religion?” Both Church and State need to let Christ clean up their act (Malachi 3:3).

God didn’t forbid Israel from having a king or a high priest. He simply put restrictions on them and offered guidelines. The king was to be Israelite; he was n’t to put his trust in him in financial securities or gold, or depend on a huge army or arsenal of weapons for Israel’s defense; and he was to study the Scriptures daily (Deut. 18:15-20). He was permitted a token military force made up of volunteers (Judg. 7:2, Deut. 20:5-9). The priest was to bless Israel’s troops before they went to battle, encourage them that God would fight through them, and sound the alarm with the sacred silver trumpet (Deut. 20:1-4, Nu. 10:9, 31:6) .

God was upset with Israel when they demanded a king, but not because they wanted a king – He had made an allowance for that through Moses – but because they were rejecting God as their Supreme Ruler (1 Sam. 8:20). to walk by sight, not by faith, overconfident in human leaders (Ps. 118:9).

The kings were to lead the way (Ps. 1:10-11). They were to follow in the footsteps of King David who enacted the law of Moses (1 Kgs. 2:3). Israel was only to follow men as they followed God. The prophet Samuel warned them of greedy rulers, excessive taxes, and corrupt administrations, but they still decided to go ahead with their political elections. Not that the religious world was free from fault (1 Sam. 8:3). And God reveals that the best man shouldn’t always win (Dan. 4:17). But if we pray for God to lead us in deciding who to vote for or against, it’s His responsibility to let us know what to do. Of course we should study the party platforms and see which one is more closely aligned to biblical principles. It’s vain to think that our vote could wart God’s Will! He’ll promote and demote whom He will (Ps. 75:7).

Ancient Israel was both Church and State: a theocracy. God recognizes these two branches of government and encourages us to do the same (Malachi 4:4-5). The two anointed positions in Israel were that of priest and king (Zech. 4:14). The oil was representative of God’s Holy Spirit that Israel prayed would guide and direct their leaders.

We’ve seen how God has authorized human leaders to take life (Lev. 20). They’re free to deputize a police force (to protect and defend communities), as well as use the armed forces to defend their country and kin.

God holds His leaders responsible not to get greedy or become bloodthirsty. We’re not to relish war, but use it as a last resort (Deut. 20:10-12). We’re only to fight wars of self-defense and not throw our weight around (Lk. 3:14). We’re to hate the sins of our enemies and learn to love them, knowing they’re also made in God’s image and hopefully will come to their senses someday; we’re not to be trigger-happy or gloat over our enemies’ downfall (Prov. 24:17).

God’s going to utilize Israel to punish various nations during their trek back to the Middle East (Isa. 11:14). And God will be fighting through the Jews at Jerusalem (Zech. 14:14). Christ’s coming back to earth to wage war before He ushers in peace!

God hasn’t only intervened for Israel. He’s determined the outcome of various wars and battles to let one group of Gentiles beat another (Deut. 2:19-23). Moses also said it would’ve been a sin if the different tribes of Israel didn’t rally to each others defense (Nu. 32:20-23). And it’s a disastrous sin to go to war if God’s servants instruct otherwise (Deut. 1:42-45).

It’s all a matter of faith and obedience. We’re to realize God is our true Commander in Chief and the Captain of our Salvation, and follow the lead of His Holy Spirit (Josh. 5:13-15, Heb. 2:10). But let’s not forget that God can and does work through inspired men (Neh. 9:27).