Appendix Removal – Not That Bad, But Here’s What To Expect 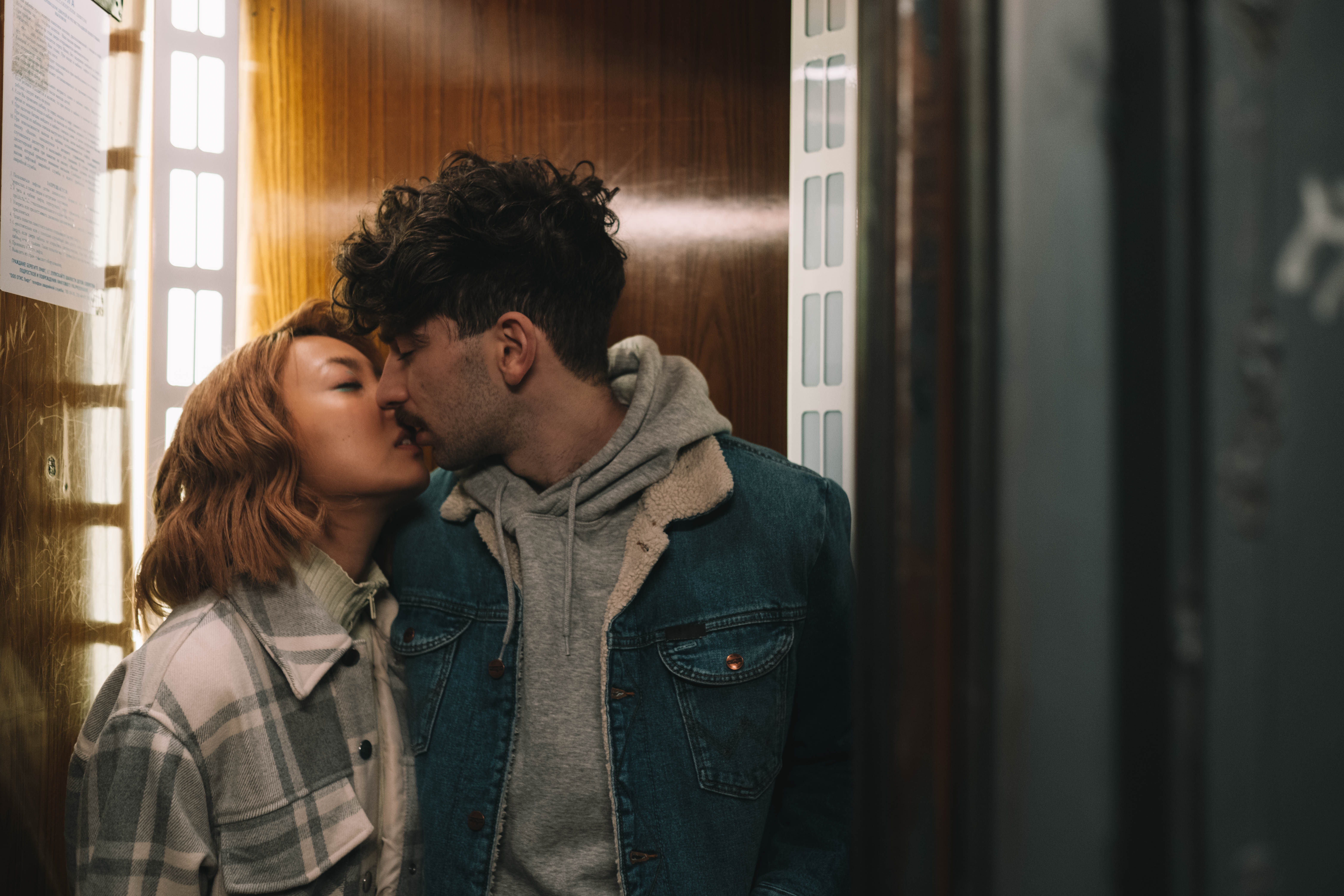 Last November I had an inflammation of the appendix and they had to take me out. The procedure was called a laparoscopic appendectomy. If you are wondering about recovery after appendix surgery because you need it or just had it, my experience will help you prepare for what is to come. As long as your specific case is uncomplicated, the process is not bad so fear not. However, there are certain things to keep in mind that will come your way.

I started to feel that something was wrong on my right side, but it wasn’t very painful. It just hurt here and there or felt like a cramp. So I went to the doctor at my outpatient clinic on Sunday afternoon, he did a urine test and made me jump from side to side. It hurt to do so and then he immediately sent me to the emergency room. I asked him, “You mean I have to go right now?” Also, he laughed and said, “Yes, right now!” I didn’t realize it was so serious. I didn’t think for a second that I had a problem with my appendix because the symptoms seemed tolerable.

In the ER, they did more testing and lab work at a deeper level. So after about 40 minutes and a CT scan they told me I had an inflamed appendix and a room had been prepared for me. Thank goodness I married a teacher and I have health insurance!

Once in the hospital room, they asked me more questions and told me that the doctor would see me the next day. I was prescribed antibiotics to try to reduce the inflammation of the appendix and I was lacking potassium in my blood. I’m not sure how I got that as I eat a lot of bananas, but I will say that potassium hurts when given intravenously. Your arm hurts and if the IV comes out too fast, it really hurts.

So the next morning my surgeon comes in and tells me that he has me scheduled for surgery that night, but he wants to see how the antibiotics are taken and that he can delay the removal of the appendix if they work. He wasn’t overly interested in waiting because he knew he had to go out sometime and he would rather it be earlier.

After the surgeon left, I started to take note of what it’s like to be in the hospital since I had never been there before. Hospitals are not places of rest. People are coming and going all day. They take your vital signs, chest X-rays, and ask you questions. In addition, the beds in this hospital were installed so that decubitus ulcers do not develop. The mattresses move automatically and it’s annoying. As soon as you feel comfortable, the bed moves and you don’t feel comfortable anymore. Later this would turn out to be a problem during my next operation.

At the end of the day, I am starting to have a very bad headache. I hadn’t eaten since Sunday morning and now it’s Monday night. The nurse tells me that headaches are common when you don’t eat and give an IV for several days. She can’t give me a pain pill because we found out that I’m going to have surgery after all and that it will be that night at 8:00. At that point, I am a little concerned that the doctor is tired. I know he would be, but several nurses have assured me that he will be fine. I am lucky because everyone tells me that my surgeon is very good and this information is not requested.

An hour before the scheduled surgery, I am taken to the preoperative, where I shave my abdomen area with a Bic razor. It doesn’t hurt even though it was shaved while dry. It amazes me that the single blade works so well. Now my biggest concern is a catheter. I’m deathly afraid that they’ll put one on me and I don’t know if they’re planning on doing it. Above all, I am concerned that they will do it while I am awake. The nurse tells me that they will not use one for this minor operation, so I feel much better.

I wake up later in the postoperative period and am quite exhausted. I have no sense of past tense. I can see people, hear them, and respond to them, but I’m dumb as hell. The surgeon comes over, grabs my foot and says, “Everything went fine. You’ll be fine.” I thank him and the nurse tells me that she is going to remove the catheter. Turns out they decided to put one up after all. I couldn’t even focus my vision on her. I just acknowledge that it is going to happen. She pulls it out and it’s awkward for a second, but not as bad as I thought it might be.

Later they take me upstairs to my room. It’s here in the middle of the night that I learn that the new enhancement theory is all about getting you moving ASAP. This means that I have to start walking up and down the hallways pushing my IV bottle, which is on a rack with wheels. Uncomfortable, but it can be done. Bed rest is over. Move in is on.

Several nurses wake me up a few hours after surgery and get me out of bed to walk the hallways. Also, because I had bowel surgery, getting over the shock and getting back to work requires physical movement of the body. This restarts your digestion system. Walking wasn’t too bad. In fact, I enjoyed it and started walking almost every 45 minutes. It was better than staying in that self-adjusting bed that kept me from sleeping.

The next hurdle to overcome is that the doctor wants you to urinate and pass gas. This tells you that things are back to normal. The next morning, the RN nurse was on top of me to urinate. He said I would have to get a catheter if I didn’t empty my bladder. He did an ultrasound and my bladder was full. I started to panic because I didn’t feel the need to urinate and now with so much emotional pressure from the catheter threats and painkillers that were discouraging me, I couldn’t go. Also, I had some pain after the catheter, so I didn’t feel like urinating.

For an hour or so before the nurse called the doctor and asked what to do, I worried about it. Thank God he said not to put a catheter. The nurse told me and in ten minutes, I relaxed and went to the bathroom. Later the doctor told me that nurses tend to want to speed up that process and he prefers to let it go for a while. I’m thankful.

Now, at this point it still hadn’t emitted any gas. Having not eaten in almost 3 days, there was nothing to produce gas. This is a big problem in the recovery process. Fortunately, I had a weak bowel movement shortly after that. This was good enough to get the surgeon’s “go-ahead” to go home. Who would have thought farting was so important?

In general, they really want you to go home. The hospital is not a good place to recover. Recovery is much faster at home and you are not at risk of bacterial infection, which can be common in some hospitals. I walked a lot and trying to be so physical turned out to be the reason I was allowed to go home so quickly. (This physical activity served me even better during my next operation two months later.)

It seemed strange to me that I was one of the only people who did this. There were several obese people who had undergone stomach stapling or similar procedures who hardly ever got up and moved. I heard from the nurses that these patients were supposed to do it, but many were a bit lazy. Interesting.

Getting in the car was difficult. I found that certain movements were difficult and stooping to get into the car was one of them.

My belly was swollen and distended due to having my appendix removed laparoscopically. There was still gas in there and it took over a week to come out. Gas is pumped into your abdomen to lift and separate the area so it is easier to see during surgery. It felt strange to be bloated like that and I felt vulnerable.

He had three small staple and tape wounds from laparoscopic surgery. I didn’t see how they could remove my appendix or work inside me through such small incisions, but they did. The doctor told me that it was okay to shower regularly and get the tape wet after surgery. It just shouldn’t rub the tape. Interestingly, several nurses thought that I could not shower.

My first night at home was a bit rough. I was too cold in bed because it did not regulate the heat well and it was cold in the room. I started shaking uncontrollably, which scared me. I ended up getting up and putting on long johns and socks and that worked. I also had to walk around the house for a while to relax.

The first few nights I had to take a pain pill and sleep on my back without moving much. The analgesics were hydrocodone 5-325 one or two every four hours. (It’s a combination of Vicodin and 325mg Tylenol. Vicodin is for preventing coughing and Tylenol is for pain that I read about). I think I had two that first night. That was difficult because the doctor first told me it would take longer to get better the more I relied on painkillers, so I was hesitant. Also, sleeping on my back is difficult for me. Both things resolved over the next few days, as I was able to stop taking the pain relievers first. I still had to sleep on my back for about two weeks.

Another thing I learned not to do was sneeze. It was excruciatingly painful the first time it happened two days after I was home. I suppressed every sneeze I had for about 4 weeks after that. The cough was also scary but it was easier to handle.

Four days later, I played in the Tomasina band at Disneyland for three consecutive nights. It went right. I took it easy. The hardest part was that my bass kept hitting my wound when I moved too much, so I almost always stayed there.

A week later, I went back to the surgeon and he removed the staples. I thought it was going to hurt but it didn’t. Just a little pinched, but it was over quickly. I never had to go back after that until my next problem two months later, which is what caused my appendix problem in the first place. (Read my story on colon surgery for more fun in the hospital.)

When I received the bill from the hospital to show what my insurance was being billed, it was around $ 35,000 for my three-day stay. Get insurance if you don’t have it. Without him, this bill would have crushed me.

I estimate that full recovery after the actual surgery took about 5-6 weeks.